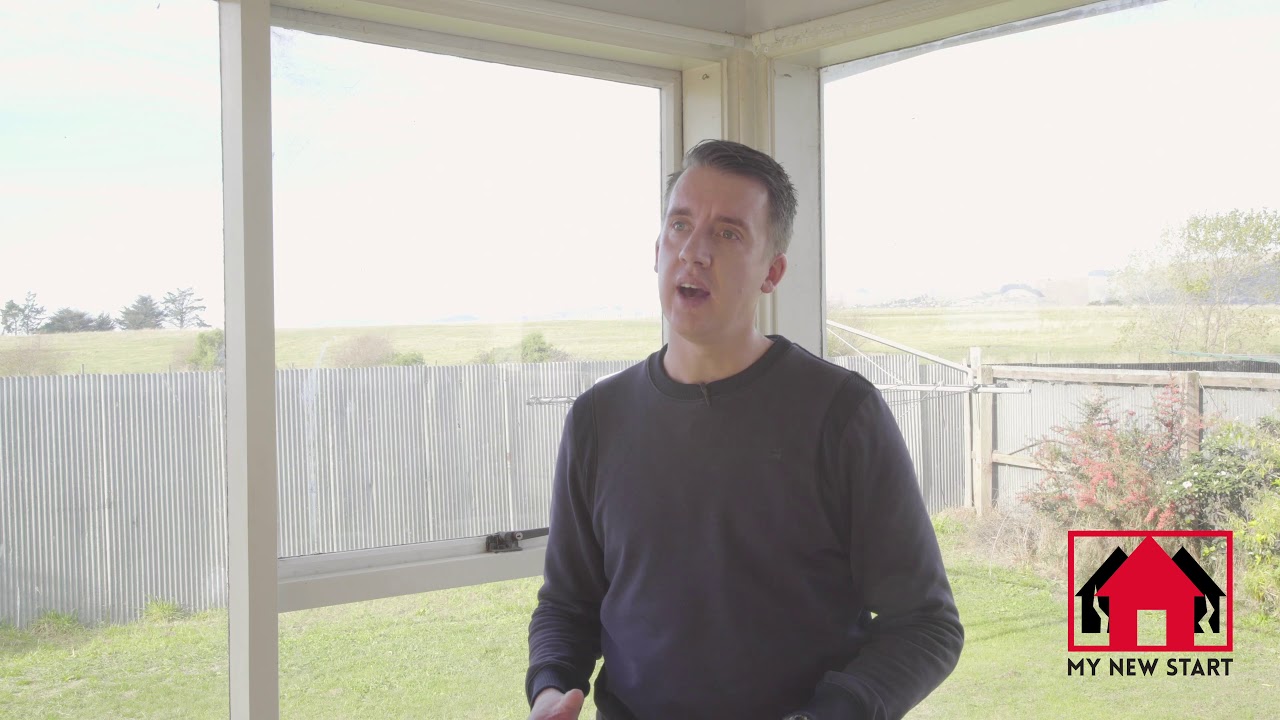 Dealing in a face to face environment DIRECT with YOU THE SELLER & me the buyer. Fantastic levels of service with communication second to none. I make it EASY to SELL your damaged property.

Kane Lawson is a 34 year old who was born and bred in Christchurch having always lived in the eastern suburbs he was brought up in both Avondale, Burwood and Shirley and then once he grew up moved to Avonside.

Kane attended Shirley Boys High School which he left at the age of 15 to work full time at Mag and Turbo where he had been employed part time from the tender age of twelve. Over the next 15 years he worked his way up and ended up becoming the Managing Director alongside his business partner. Together through hard work and customer service they would grow the company from 7 to 30 staff members and to become the biggest wheel and tyre shop in the country.

In 2015 Kane decided it was time to sell his shares in the company and take a stepback. He did so and finished at the end of March 2017 leaving his business partner to continue running the business.

Over the earthquake period Kane not only had to deal with trying to keep his business going (which was made especially hard due to the shop being located in the red zone cordon), but he was also trying to get his own home resolved which was extensively damaged from the earthquakes.

Having been through the earthquakes and dealing with the many aspects thrown his way Kane knows that many people have had to endure more than him and decided to start purchasing earthquake damaged property to help people move on and get the ‘New Start’.

Kane brings his years of experience in customer service, and in running a successful business, into his approach, when assisting property owners in a successful sale of their home in a completely stress-free fashion.

Kane was just amazing and so professional right from the get go. We had meet a few companies that do the same as My New Start but no one came close, the feeling we got from Kane was that he was a genuinely nice guy who had been through what we had been through and…

We thought our dream home we had already started building was all over after finding out our house we were selling was an ‘as is where is’. We had 3 people highly recommended Kane, so we decided to fill out the online form and from there it was easy sailing. We were very impressed by…

I contacted Kane regarding my as is where is house. I had previously had two other companies and a real estate valuation. The other companies were in my opinion trying to pull the wool over my eyes and the real estate over promised . Kane had done his homework and I was immediately impressed with…

We cannot thank Kane enough. Right from the get go he was easy to deal with and understood our needs. Thing’s couldn’t have gone any smoother and without Kane we wouldn’t have been in our beautiful new home. A genuine nice guy.

I have recently had the pleasure of dealing with Kane. I originally called him to see if he would be interested in having a look at my ‘As is’ property along with a couple of other as-is buyers. Kane could not come on the day proposed so we arranged to meet at the property the…

After an unbelievable bad experiences with Real estates, EQC, Public Trust to sell our house we came across Kane Lawson. On my first phone call to him I was very impressed with his professional manner. He explained how the process was going to work, what we had to do every step of the way. What…

After deciding to sell our house as-is, I contacted Kane and other as-is buyers to discuss our situation. I was immediately impressed by Kane’s honest and open approach and after discussing his repair methods and how he intended to remediate the property, it was apparent that he would be completing an appropriately engineered repair, as…

After our son got in touch with Kane regarding our old family home we decided to go ahead and deal with him . Quote was quick no buggering around or changing the numbers.( like another person did ) )Kane very pleasant to work with and promptly answered questions . Would not hesitate to use him…

We contacted Kane after hearing one his advertisements on the radio. We were just finalising our EQC settlement and wanted to sell our house As Is. From the beginning Kane was great to deal with and after a very short time came back with a realistic offer and an unconditional contract that we were happy…

When EQC admitted they needed to re-repair their earlier repairs, my heart sank! To avoid all that hassle, I investigated the option of grabbing the payout, selling as is where is and finding a new place. I contacted several land agents but noticed an advertisement in the Press from Kane Lawson. On phoning Kane, he…

I can absolutely vouch for Kane I had been badly hoodwinked not once but twice promised the world and delivered just bullshit, sorry for swearing, Kane at first gave me the best advice while I was going through this very bad time, in then end he helped me out of a very stressful situation and…

Kane recently purchased our home in Cashmere. We found him to be completely reliable, flexible and genuine. He evened helped us with advice on properties we looked at purchasing! An all round nice guy who we have no problem recommending to anyone.

After 10 long years EQC and the insurance company decided that we should be paid out.  we were left wondering what to do, do we stay and fix it ourselves or sell as is.  I heard an advert on the radio for my new start, and thought it was a good idea to look into…

Kane was incredibly helpful and flexible through the entire process – especially with the uncertainty I had around when settlement would occur. Kane is a shining example of a fair, honest and hard-working Kiwi who I would recommend to anyone who needs to sell a house as-is where is. I commend him for contributing to…

It was a pleasure to deal with Kane in person, as advertised. He was always positive, flexible, reasonable and straightforward, offering a fair deal and sticking with it, despite the challenges thrown up by a tricky site, and a COVID lockdown.

At last we are in our new house in Rangiora. Still settling in and plenty to do. Won’t have a lawn until September, the day it was going to be sown 26 March, was Level 4 day so didn’t happen. Thanks very much for your help during the lock down and your understanding when we…

After an arduous battle with the EQC and insurance company we rang my new start on hearing an ad on the radio, we were extremely impressed with Kane lawson very professional and knowledgeable, we were also very satisfied with the offer and how smooth and efficient the process was, giving us time to find our…

Having an earthquake damaged home hasn’t been easy and when it comes to my home, my trust in people had diminished, however having gone through the “as is where is” selling process with Kane it has restored my faith and trust in people. The process was effortless, you deal directly with  Kane, and in his…

We decided to sell our ” as is ” house. After contacting Kane via email, he responded the next day. After meeting Kane to look through the house, an offer was made on the spot, which was very fair. Kane had done his homework prior to the meeting which was impressive, and went through the…

After moving out of our “as is” house we contacted “My new start” and Kane got back to us within the promised 24 hours. After some questions we made an appointment to meet and Kane, he had a good look through our house. He made an offer on the spot and it was an offer…

We found Kane from My New Start very straight forward to deal with. Our conversations with him were open and honest and he communicated in a timely manner with us. Overall the process of selling our ‘as is where is property’ was easy and we are happy to recommend My New Start to anyone in…

I recently had occasion to consider what to do about a property which had been re-assessed for earthquake damage. As part of that process I came into contact with Kane Lawson of My New Start. My discussions with Kane quickly led me to the decision to sell my property to Kane’s company on an as-is-where-is…

We currently live in Australia and were at a loss as to what to do with our house in Christchurch which was badly damaged in the earthquakes.  We contacted Kane on a Saturday afternoon and asked him for his advice.  Without hesitation Kane said leave it with me I will check out the condition of…

Kane recently bought my ‘as is where is’ home for what I thought was a very fair price. It was a pleasure to dealing with him and he was very understanding with my needs. I was able to choose my own leaving date. He kept the communication going all the way through, and made the…

It’s been great dealing with you for the sale of my property. You’ve been sensitive to my needs and you’ve been available to answer my questions. Thank you for making it happen easily and painlessly.

It has been such an easy process to deal with Kane. He takes the stress away, you are only dealing with one person and he is honest and up front. You know exactly where you stand with Kane. He explained things in terms we could understand. We would highly recommend Kane Lawson. Thanks for allowing…

If you’re considering selling your home as an “as is where is” property then we would highly recommend seriously considering talking to Kane Lawson owner of My New Start. We sold our as is where is property to Kane and he was tremendous to deal with. Kane is very knowledgeable in all aspects and is…

Kane went above and beyond for us when we sold our as is, where is home. We contacted him on a Friday evening, he emailed back within an hour, we then set a viewing appointment for Sunday. He presented us with an offer on the day, which was the price we wanted. Kane handled all…

A few months ago I made contact with Kane after hearing his advert on the radio about buying “as is where is houses” etc. My husband and I had a block of flats which were in need of a great deal of work and were not in the usual state that you would hope to…